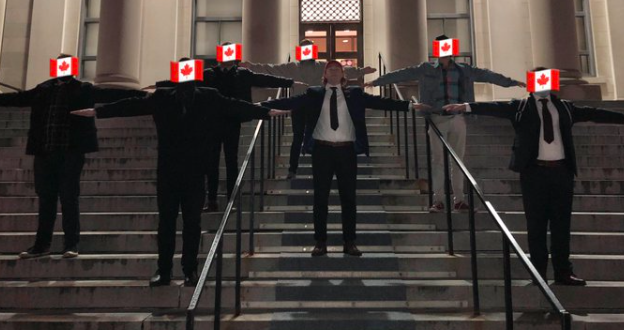 The University of Ottawa's Right Wing Politics club was set to host 23-year-old Tyler L. Russell from London, Ontario on October 2nd. The event was cancelled by the university, but highlights the interconnectedness of far-right campus clubs and the kind of speakers they are trying to platform.

Russell, who is enrolled at Ryerson University, is a much less successful copy of Nick Fuentes, the "leader" of the Groypers. We all know the alt-right neo-Nazi movement - the Groypers are a subset of this movement wanting to rebrand and mostly creates content with "Zoomers," or members of Generation Z, in mind. Like Fuentes, Russell bills himself a "paleoconservative," and frequently utters talking points associated with the alt-right neo-Nazi movement.

In a tweet published on October 7, Russell said "Kamala Harris is a stupid bitch, just like that fat drug dealer Breonna Taylor," in reference to the killing of a 26-year-old EMT in Louisville, Kentucky.

Russell hosts a show named Canada First, which streams on DLive, a platform widely used by peddlers in hate content. Fuentes' own show, America First, also streams on DLive. Russell's aesthetic, from the suits he wears to the greenscreen background he uses for his show, mirror much of Fuentes' style. For all intents and purposes, it seems Russell is attempting to copy his counterpart's formula, with limited success. Fuentes currently counts over 120,000 followers on Twitter, whereas Russell's follower count is in the hundreds.

In June, a petition was started seeking to have Russell removed from Ryerson University, based on his promotion of xenophobia, racism, and misogyny.

In a tweet announcing the University of Ottawa event, Russell boasted that they were "unstoppable." Members of the University community - including one of the authors of this piece - made the school's administration aware of Russell's public statements and asked them to cancel the event. Shortly thereafter the university announced the immediate cancellation of all in-person events due to the ongoing COVID-19 pandemic.

Despite being cancelled, Russell still drove to Ottawa and spent the evening with a handful of supporters, who posed with him for a picture in front of the university's Tabaret Hall. 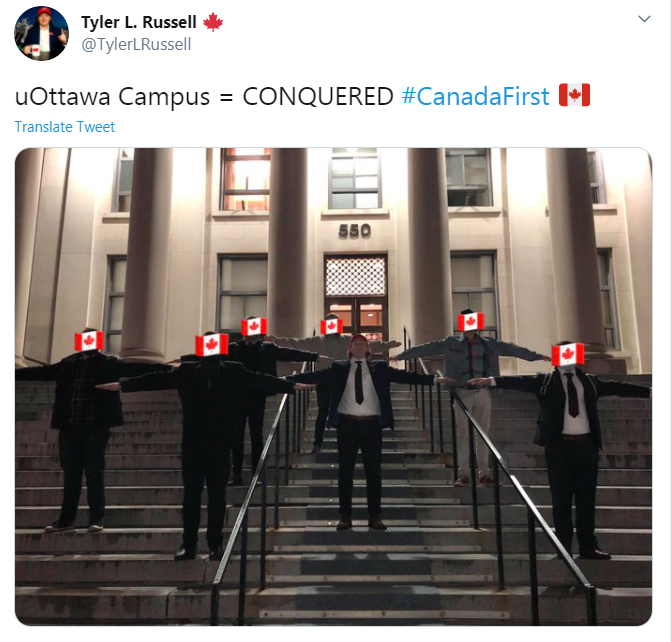 This is the second time this month the Canadian Anti-Hate Network has uncovered links between youth political groups and the Groyper movement. On October 6, CAHN published a report about the Alberta Separatist Youth League, an "optics friendly" national socialist movement.

However, this cancelled event at the University of Ottawa is a sign that the Groypers are making inroads in Canada's universities, and their message seems to be finding a home with the People's Party of Canada campus clubs. The PPC is openly against what they see as Canada's “extreme multiculturalism and cult of diversity."

In September, the PPC announced its intention to establish campus clubs in colleges and universities across Canada. Shortly after this announcement, Joseph "Joey" Matlock founded the University of Ottawa PPC club. Matlock is an avowed supporter of Nick Fuentes and Tyler L. Russell, whom he would later invite to campus. Using the username @JolassoLeaf on Twitter, he has been known to publish his own antisemitic and misogynistic content.

The account CAHN has linked to Matlock has been known to publish its own antisemitic and misogynistic content, regularly retweeting and uploading posts that include mention of a variety of conspiracy theories and Holocaust denial. One of these posts included references to the six million Jewish people who died in Nazi concentration camps, a common trope among antisemites. 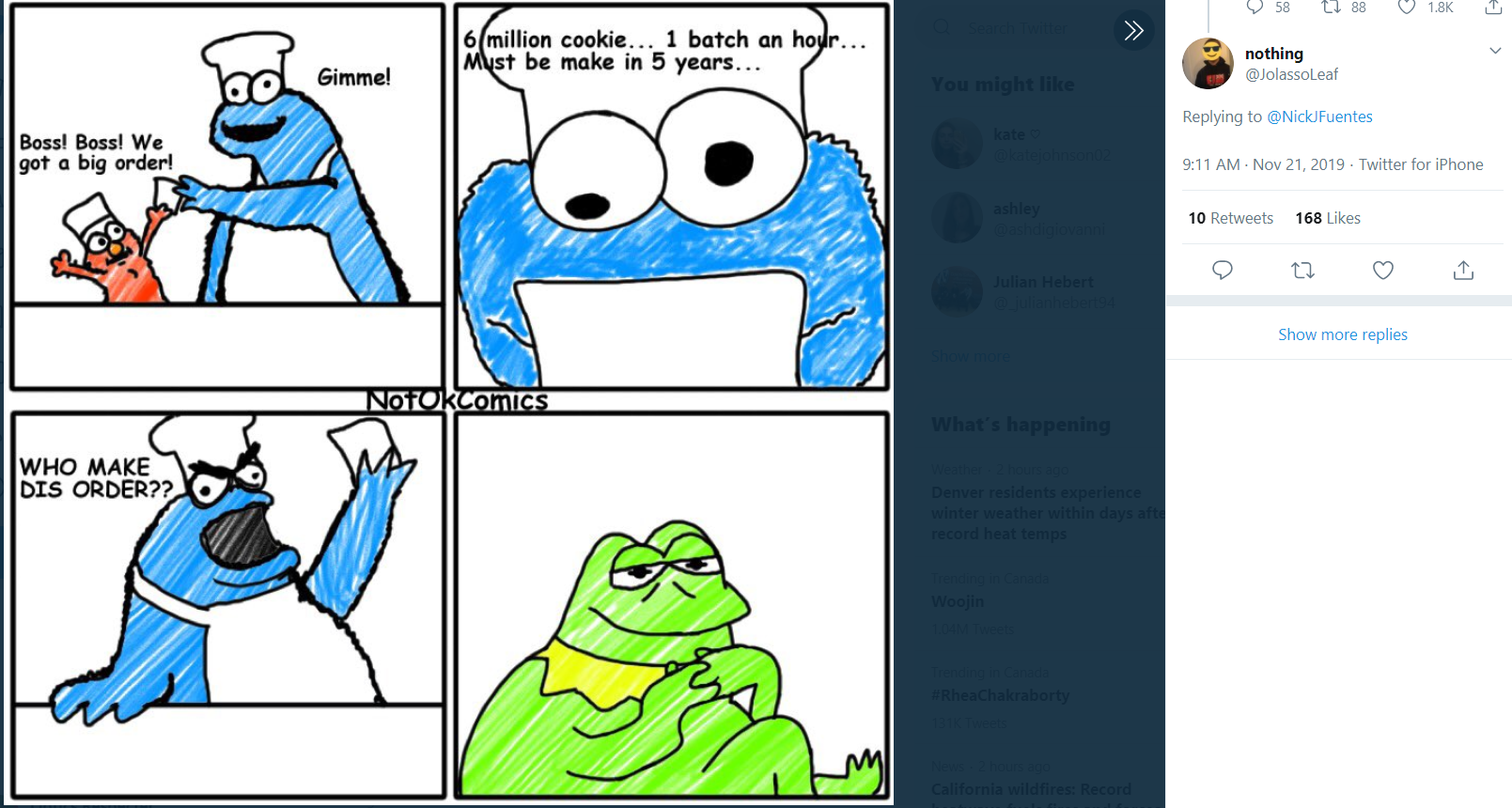 The PPC told the Canadian Anti-Hate Network that its University of Ottawa student organization did not plan the event. When asked if the party would be willing to generally condemn Russell as a speaker at its campus organizations, Spokesman Martin Masse said, "I don’t ’speak generally’ to far-left activist groups who pretend to be anti-hate but whose mission is in fact to spread hate. Get lost."

In September, the PPC announced its intention to establish campus clubs in colleges and universities across Canada. Several of them, notably at Carleton and at Ryerson - Russell's own university - seem to be taking rhetorical cues from him. What this demonstrates is that the People's Party mission of fighting "leftist ideological supremacy" and of "winning the culture wars on campus" seems to have attracted the attention of a younger generation of far-right activists.

Russell has promised to hold more events on Canadian campuses.

Russell's event with the Right Wing Politics club is the latest example of members of campus political groups being tied to the promotion of hate.

The author of the petition to have Russell removed from Ryerson said they received a Facebook message from a member of the Ryerson Campus Conservatives, warning her that her actions would have "consequences" and "to never forget that."

On July 21, 2019, the McMaster University Student Representative Assembly ratified the Dominion Society, after the group changed their name from the MacDonald Society in response to the SRA's concern that Sir John A MacDonald "held values that supported the idea of an Aryan race." Less than a month later, the SRA de-ratified the group, after a Twitter thread exposed the members of the group as having connections to white supremacist groups and individuals, including the MacDonald Cultural and Historical Society, and the Facebook group Students for Free Discourse.

Just months before the MacDonald Society debacle, The Globe and Mail covered the Canadian Super Players Club, a neo-Nazi Discord server originally infiltrated and exposed by Montreal anti-fascists, in which "members especially encouraged each other to attend the Hamilton Conservative Christmas Formal in December 2017, for "recruitment purposes" and "A few days after the function, new users introduced themselves as having been invited to join the Canadian Super Players chat room while they were at the formal."