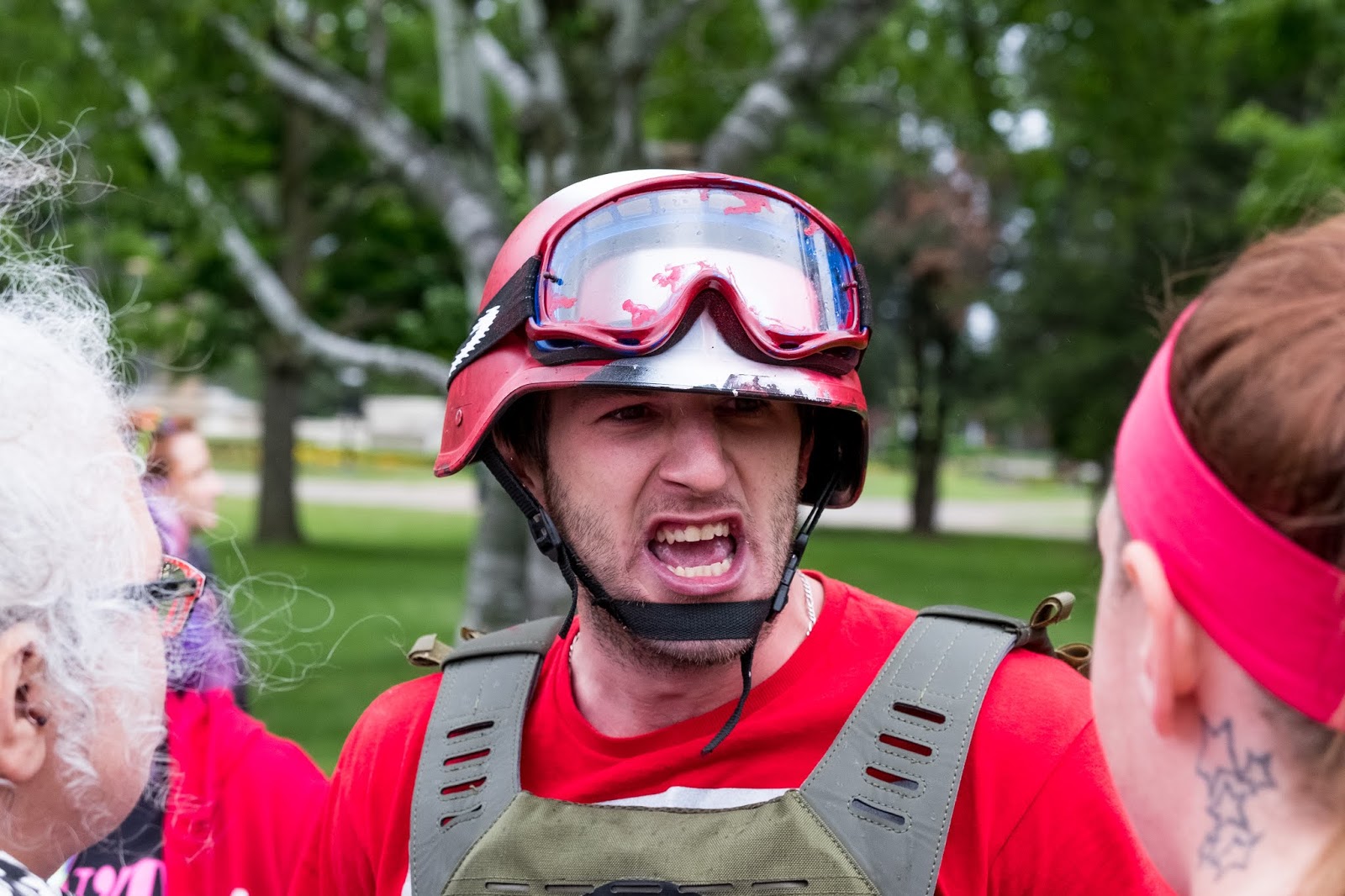 There was a brawl on the fringes of the Hamilton Pride parade last Saturday that started when hate group members attacked anti-fascists who were blocking them from disrupting Pride by holding up a large black fabric dividing wall.

The anti-Pride protest included anti-LGBTQ+ street preachers, Yellow Vest Canada vloggers, and members of the Canadian Nationalist Party, which just released a barely-coded antisemitic video calling for Jews to be “removed once and for all” from Canada.

Anti-Racist Canada has identified Chris Vanderweide of Kitchener Ontario as the man who is on video smashing two of the Pride defenders in the face with a helmet. Vanderweide later tried to use his new notoriety to raise money through a GoFundMe campaign that was reported and removed.

The scene quickly turned into a brawl after a hate preacher sucker punched an anti-fascist in face. Police are being criticized by Pride Hamilton for taking “far too long” to respond.

One attendee tweeted that a uniformed police officer told them they wouldn’t stop a fight because they weren’t invited to Pride.

CBC: Chief says police would have deployed differently if they were welcome at Pride

This follows a pattern of policing at demonstrations across Canada that has led hate groups to believe they have the support of police officers.

“I know in my heart there are dozens and dozens of police officers who are handcuffed and haven’t been able to do their duty,” says Yellow Vest Canada vlogger Rick Boswick, “. . . they’re probably saluting and clapping and cheering for us all right now . . . you can’t tell the cops they’re not welcome [at Pride] and then bitch that they didn’t have a quick enough response. You know why they had a response? We called 911. We called and got them there.”

Both hate groups and anti-racist, anti-fascist groups are calling for reinforcements to come to the PEGIDA anti-Muslim demonstration in Toronto on Saturday.

2019-06-22 update: The article originally reported that police were in the background of videos of the assaults. A source on the ground tells Yellow Vests Canada Exposed that the figure in the background was, in fact, a security guard trying to call the police.