The United Conservative Party and the Soldiers of Odin

Controversy in Alberta sparked by UCP nomination candidates posing for a photograph with the Soldiers of Odin, an anti-Muslim group with ties to neo-Nazism. Here's what you need to know. 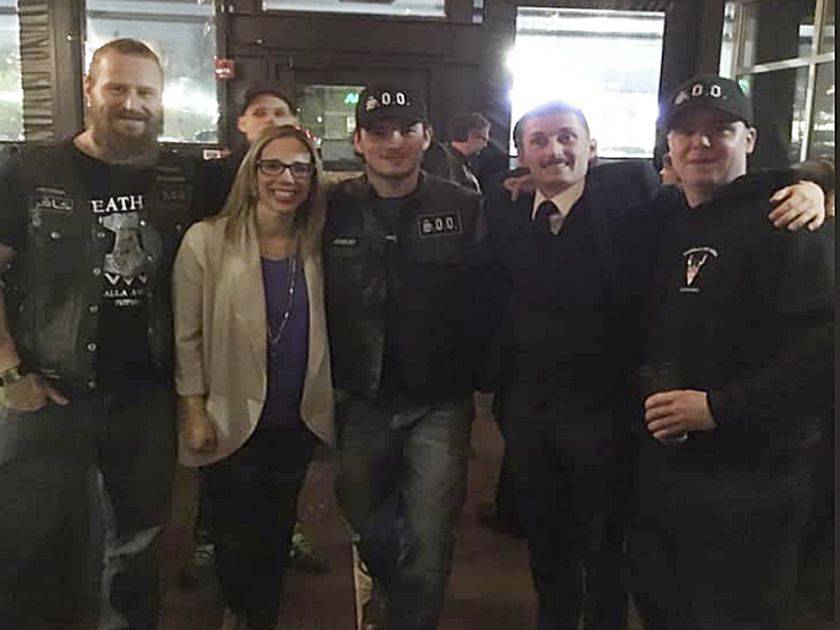 United Conservative Party nomination candidates were photographed at an early October pub night in Edmonton with members of the Soldiers of Odin, a militant anti-Muslim and anti-immigrant group.

The Soldiers of Odin was originally founded in Finland by Mika Ranta, who has a conviction for a racially-motivated assault and self-identifies as a neo-Nazi, according to The Times of Israel.

In Canada, the Soldiers of Odin have leaders and members with demonstrated ties to white supremacy and neo-Nazism. The organization splintered throughout 2017, but chapters with dozens of members are still in operation.

The UCP pub night was held at Brown’s Social House in Edmonton on Oct. 5. In attendance were three UCP candidates running for the party’s nomination in the Edmonton-West Henday constituency who posed for photos with Soldiers of Odin members wearing branded Soldiers of Odin shirts, hats, and vests.

Two of the candidates have since said they were also unaware that members of an extremist group had attended the pub night.

“Had we known at the time, we certainly would not have had our pictures taken with these individuals,” Nicole Williams and Leila Houle said in a joint statement.

The third candidate in the race, Lance Coulter, was disqualified by the party for defending the Soldiers of Odin, saying he was aware of their white supremacist views but found them “polite” and “cordial” at the event. In a Facebook post on his campaign page, Coulter accused Williams and Houle of lying in their statement.

"I was disqualified because I refused to lie when the party asked me to, unlike the two other candidates," he wrote in a Facebook post.

The UCP constituency association condemned the views of the Soldiers of Odin and said party representatives would have asked them to leave had they known what "S.O.O." represented. UCP Leader Jason Kenney described the Soldiers of Odin’s appearance at the party function as an act of “political mischief.”

The UCP has blamed the appearance of the Soldiers of Odin on Dave Bjorkman, an organizer for the fringe Alberta Independence Party. However, Bjorkman also appears to be a UCP member, based on screenshots of emails he shared on Facebook which included his membership number and an invitation to the pub night. The party did not respond to questions from the Canadian Anti-Hate Network.

"This is not an isolated incident," says Alberta NDP Premier Rachel Notley, who attributes the incident to UCP's dog-whistle politics.

The Soldiers of Odin group in Edmonton whose members attended the UCP pub night announced it was renaming itself the Canadian Infidels. A spokesperson for the group told the Canadian Anti-Hate Network the group will continue its activism, including street patrols. They claim the Canadian Infidels are open to everyone, and that it is a "pro-Canadian" group that stands against terrorism. On its Facebook page, the group continues to share anti-Muslim and anti-immigration messages.

A different Soldiers of Odin group in Edmonton continues to operate as the ‘Soldiers of Odin’ and disavows any connection with the rebranded splinter group.