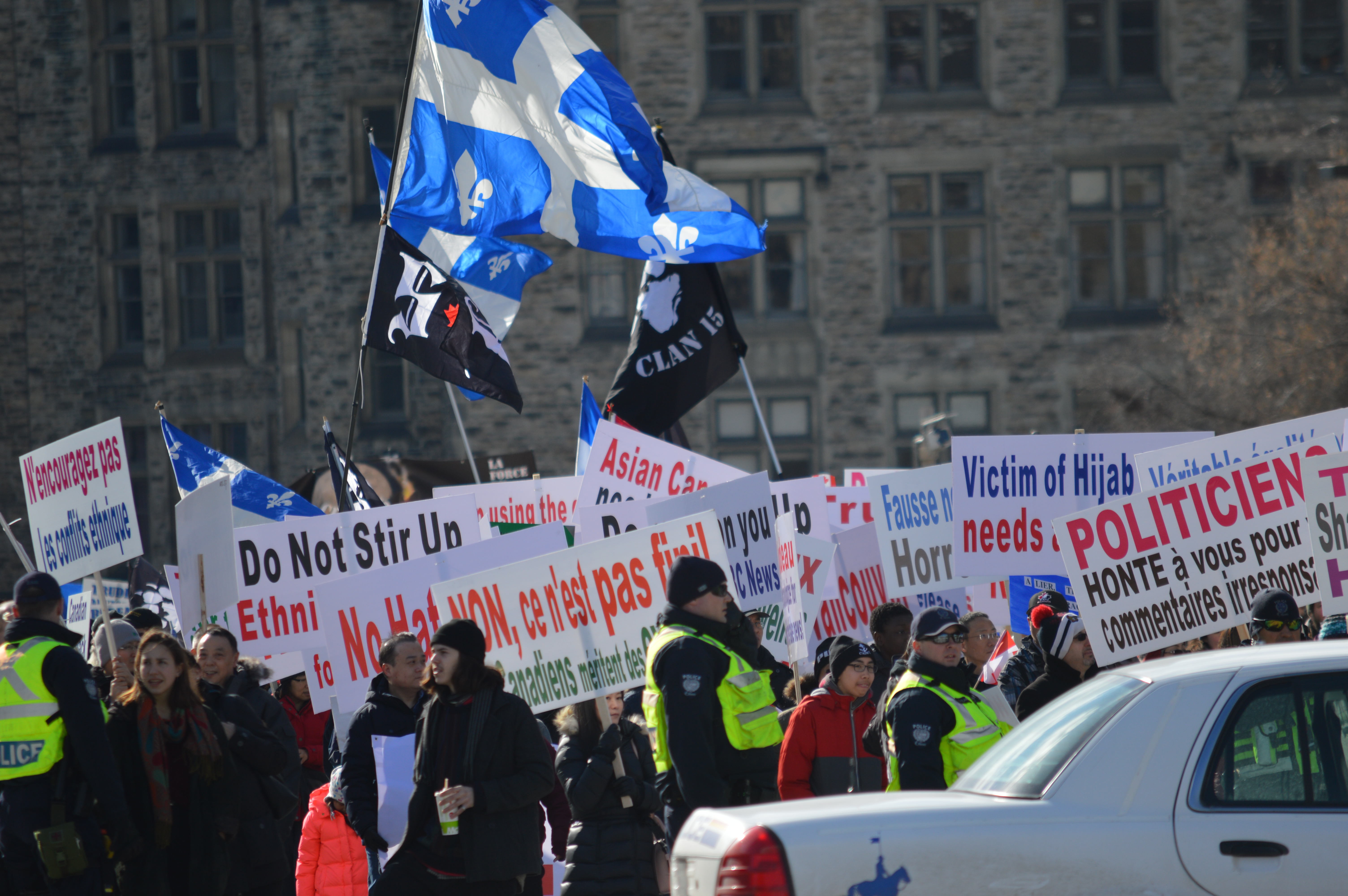 The murderous neo-Nazi terror group Atomwaffen is in Canada. They're calling themselves Northern Order and have put up stickers or posters in Toronto, Ottawa, and Montreal.

The Canadian Anti-Hate Network will continue to investigate.

The Star: New ruling on freedom of speech will help protect against hate

Read this analysis about a recent case that makes it clear that hate is NEVER in the public interest by CAN board member Amira Elghawaby: “This is a case about freedom of expression. But it is also about the limits to that constitutionally protected right. Expressions of hatred and bigotry towards racial, ethnic, religious, or other identifiable groups have no value in the public discourse of our nation.” - From the Judge’s ruling

Toronto's most prominent far-right organizer, Ronny Cameron, has cancelled his 'white priviledge is a myth' event (which had over 100 shares but fewer than two-dozen rsvps) and says he quits political activism.

The Canadian Anti-Hate Network welcome news that CSIS reopened investigations into right-wing extremism following the Quebec mosque shooting in January, 2017. "It was an error in judgement for CSIS to suspend investigations into right-wing extremism," said Bernie M Farber, Chair of the Canadian Anti-Hate Network. "Hate movements go through peaks and valleys, but they never fully disappear. These groups should always be monitored and countered." He goes on to note that "CSIS played an important role in the dismantling of the neo-Nazi Heritage Front in the 90s and we are glad to hear they are recommitting to this work. We hope they devote the appropriate resources to this threat, especially as we are becoming increasingly aware of dangerous far-right extremism in Canada.

A demonstration in Montreal on Canada Day hosted by La Meute, an anti-immigrant, anti-Muslim, far-right group, didn't amount to much. They were outnumbered by anti-racist and anti-fascist activists.

The leader of the neo-fascist group Atalante Quebec, Raf Stomper, has been arrested and charged for his role in storming the VICE Quebec offices on May 23rd. The charges are "breaking and entering, mischief, intimidation and criminal harassment."

VICE: Atomwaffen, an American Neo-Nazi Terror Group, Is In Canada

"The shadowy figure known as “Dark Foreigner”—one of Atomwaffen’s chief propagandists, once described as its “graphic designer”—is a 21-year-old Canadian man based somewhere in Ontario, and his extensive online footprint shows he is supporting far-right groups within Canada and elsewhere."

The Toronto Police Service has reportedly charged notorious homophobe Bill Whatcott for Public Incitement of Hatred, aka hate speech. Whatcott infiltrated Toronto Pride under a fake name in 2016 to hand out ‘anti-sodomy’ pamphlets.

VICE: Neo-Nazis Can Be Deradicalised and Make Amends

Neo-Nazis are endangering our neighbours and we have to stand up to them. At the same time, we can help some human beings exit hate groups, make amends, and earn a second chance. This is very timely, as many are being exposed.