Canada's so-called patriot groups use Trump's language, harass his targets, and defend him when he tries to block lifesaving equipment from Canada during COVID-19. 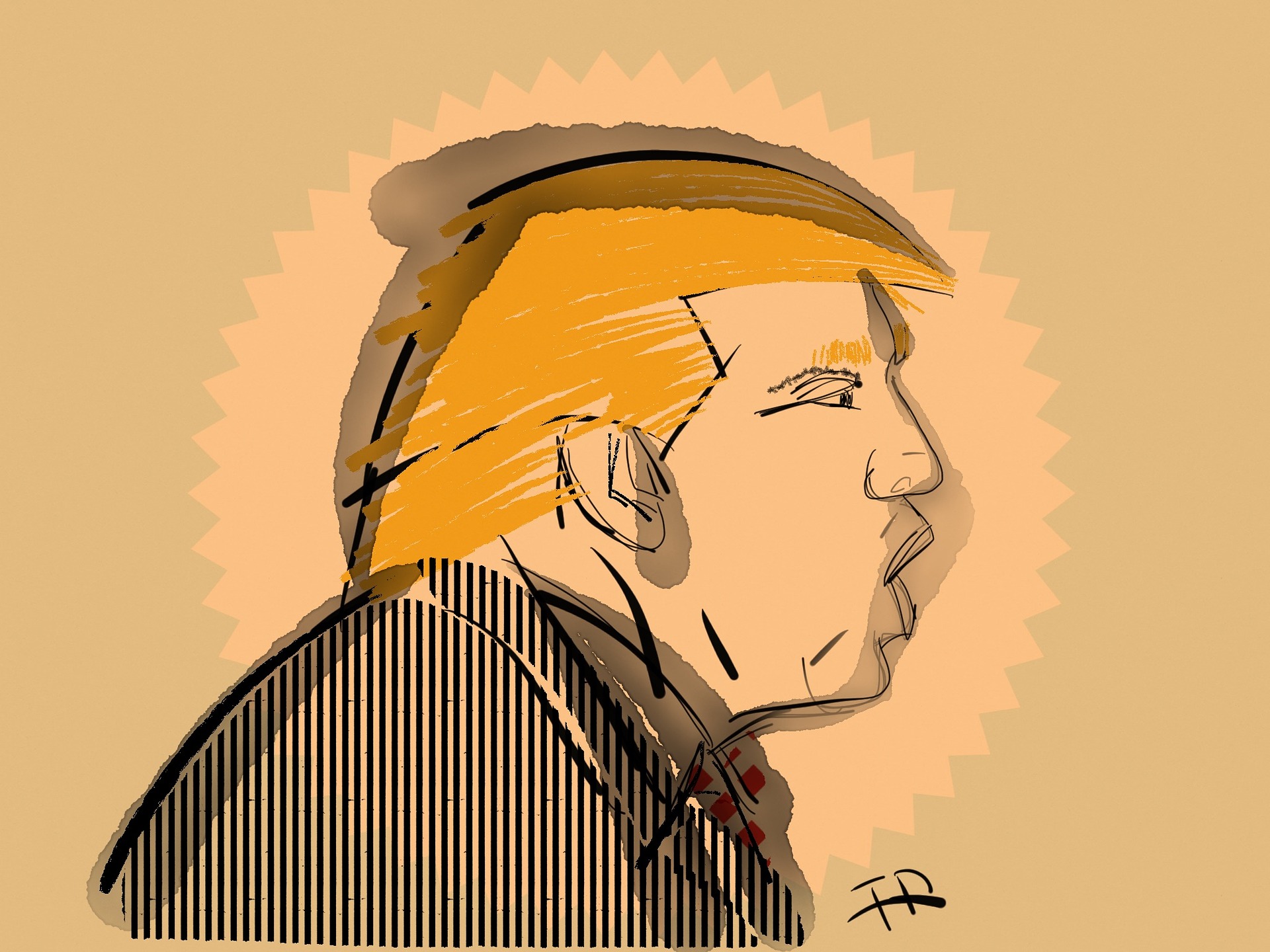 When Trump calls COVID-19 the “Chinese virus” and claims that “shutting down the border” to China saved American lives, Canada’s far-right took notice. Now that’s what they’re calling it too, and it’s playing into their racist narratives that Chinese persons are dirty, dangerous, deserving to die, or collectively responsible for how China’s government handled the outbreak.

Members and supporters of Canada’s hate groups often echo xenophobic rhetoric from the United States, and especially from Trump. When Trump was dismissive of the pandemic, calling it a “Democrat hoax” that conspiracy was quickly spread by the far-right in Canada. They continued to downplay the significance of the pandemic until the reports from Italy made many of them concede that COVID-19 was no hoax. They repeat everything Trump says, including promoting unproven medical treatments. And pushing the racist trope of the diseased immigrant, far-right Canadians have demanded that we close our borders to certain non-white immigrants permanently.

Trump’s name has also been invoked by Canadian QAnon conspiracists who believe that COVID-19 is a ruse to cover for the arrest of a cabal of Satanic pedophiles which they believe includes Justin Trudeau, George Soros, and Tom Hanks, among others.

The far-right in Canada blame the crisis in Canada on either a UN-led conspiracy, or an inept Trudeau government that didn’t close the border to immigrants and refugees coming from “shithole countries” (another alleged Trump phrase used by the Canadian far-right for years now). That many of those who returned to Canada from overseas are in fact Canadians themselves is irrelevant to racists:

“News heading in Toronto Sun says to expect "Social Distancing" as VIRUS spreads. Hmmmmmmmmmm. Fatal results of multi-cult race-mixing ????? If it makes even those in our tough White Right camp nervous........imagine how our forever fence-sitting relatives feel.....perhaps messing their pants in absolute fear ? Too bad eh .”

At least one individual in Waterloo, Ontario has taken it upon themselves to put up flyers claiming that COVID-19 affects races differently and suggests that Canada would “be a safer place . . . if it had a lower concentration of Asian people.”

Criticisms of the actions of the Chinese government are fair game. But when blame, disgust, and retribution are attributed to individuals because they are Chinese (which is what happens when you label it the “Chinese virus”), it leads to people being hurt. Some members of far-right groups are bragging about harassing Chinese people. Other hate groups have used the crisis to attack the concept of immigration and multiculturalism in flyering campaigns found a number of Canadian cities including Edmonton and Port Credit, including ones that read “Open Borders Spread Disease," “Migrants Accepted, Now We’re Infected,
and “Nationalism Would Have Prevented This,” amongst others. Calgary police are investigating threats to a Chinese restaurant they believe at linked to COVID-19.

Is Trumps rhetoric to blame? Only partly.

For years the far-right in Canada have mimicked extremist groups from outside of the country as vehicles for home-grown racism. Anti-immigrant and anti-Muslim movements Pegida Canada and the Soldiers of Odin (as well as their subsequent splinter groups) are attempts to copy European groups. American-based militias such as the III%ers have found a fertile home in Canada among Islamophobes who invoke the same conspiracy theories as their American counterparts. European identitarians and American accelerationists have gained a significant foothold in the country; examples include ID Canada, the Base, and AWD. Even movements such as the French Yellow Vests have been co-opted by Canadian groups and bastardized into anti-immigrant and anti-refugee movements in Canada.

Canada’s far-right activity isn’t simply the result of Trump. The international influence of anti-Muslim figures and groups from Europe, a backlash against the 2015 Trudeau election, and anti-Muslim fearmongering domestically had already set the stage. The election of Trump invigorated them, Rebel Media and more mainstream fearmongering against anti-Islamophobia motion 103 gave them a cause, and they have been on the streets ever since.

The rise of far-right movements is an international phenomenon in which we are not only victims, but contributors. Unfortunately, Canada has been a key exporter of propaganda and influential figures in the far-right and alt-right neo-Nazi movements. For example: Gavin McInnes, Stefan Molyneux, Lauren Southern and Faith Goldy-Bazos are all Canadian; Richard Spencer launched his first alt-right website when he was living in Toronto; and Montreal-man Gabriel Sohier Chaput was one of the key administrators of the pro-terrorism Iron March forum that gave rise to a new wave of neo-Nazi terrorism through groups like AWD.

But Trump's influence on Canada in particular is difficult to miss. The so-called patriot groups worship Trump. For years they’ve been saying they hope the United States invade Canada to overthrow the government. Most recently, members of groups like Yellow Vests of Alberta are defending Trump for his attempts to block N95 masks – much needed medical equipment for front-line medical workers during COVID-19 – from reaching Canada.

“don’t blame him, hes taking care of his country first,we coulduse a leader like him”

“Wasn’t Trudeau the one who shut down the logging industry?? Maybe Trump is trying to wake up Canadians”