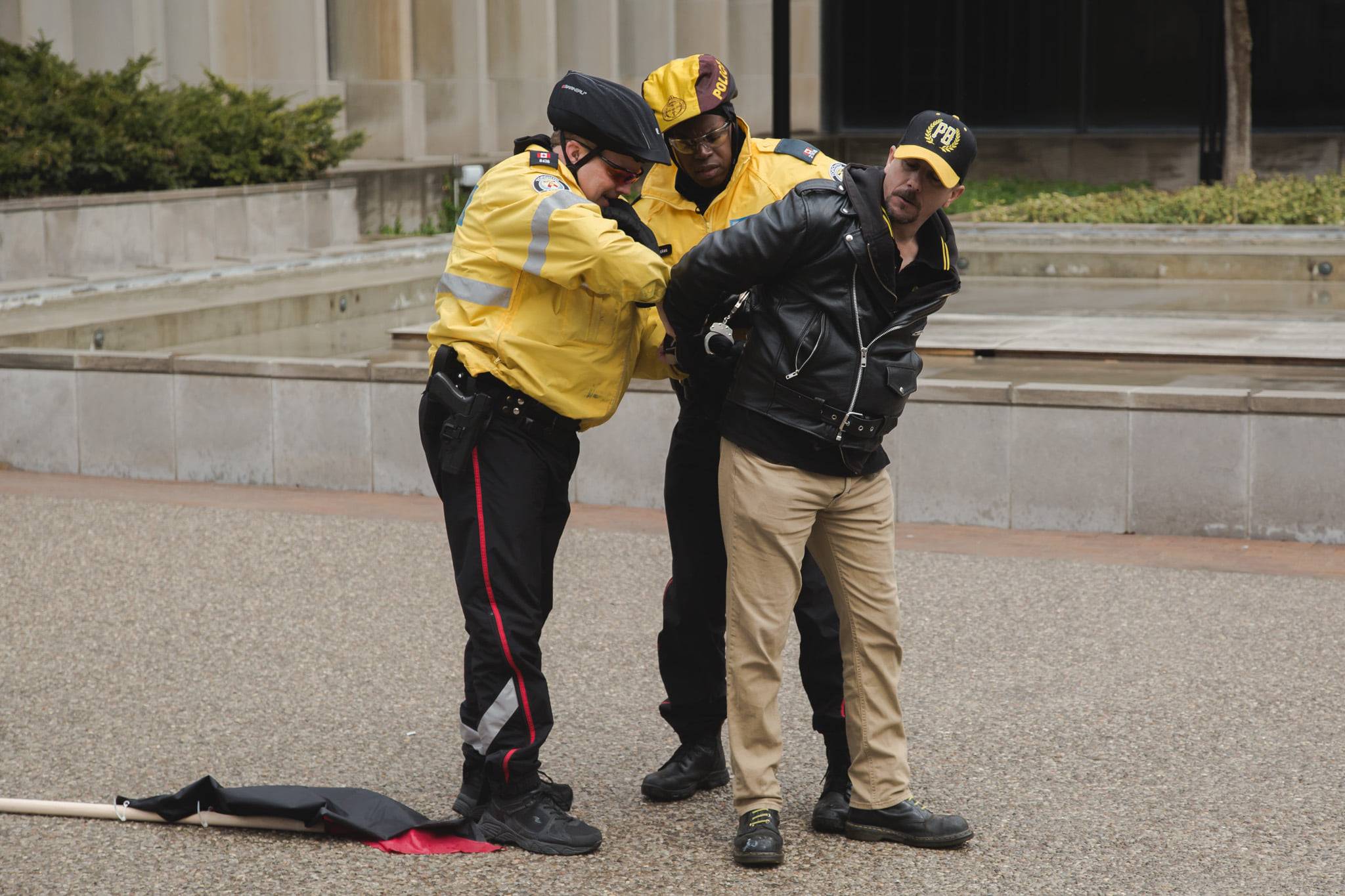 Timothy Reid Gavin being arrested in April 2018 at a PEGIDA rally after kicking an anti-racist demonstrator in the head.
The NDP and North99 have been pushing a petition to designate the Proud Boys as a terrorist group. The government is now reportedly considering it.

The Canadian Proud Boys should continue to be countered, exposed, and held accountable, but a terrorism designation is a serious step that merits further discussion.

Canadian Proud Boys have fought at demonstrations and carried out violent, unprovoked assaults. Their rhetoric is often misogynistic and bigoted. On social media, they speak positively of the failed coup attempt in the United States.

In 2020, a pro-fascist and neo-Nazi arm of the Canadian Proud Boys split off, calling themselves Proud Boys Canada First, or just Canada First. Members of PBCF promote terrorism and genocide. The Proud Boys have disavowed PBCF.

We understand that it may be difficult or impossible to codify this distinction under the legislation. However, we are also wary of definitions being loosened, power being misused, and eroding civil liberties or the criminalization of legitimate protest that would likely rebound on BIPOC and anti-racist groups.

There are more threatening white supremacist terrorist organizations. O9A and the Iron March legacy groups (eg. AWD and The Base) absolutely meet the criteria as written, and should be designated first.