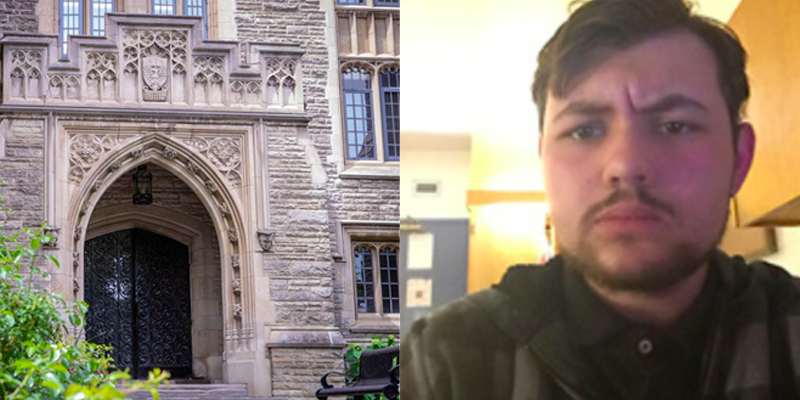 The McMaster University Conservatives recently named to its Executive Team two students with ties to hate movements, including one who was a member of the notorious neo-Nazi forum Iron March.

According to a social media post from October 2nd - which has since been deleted - Richard Carmichael was named President, and Tyler Blair was named as Director of Public Relations for the second year in a row. Carmichael was the coordinator of the short-lived MacDonald/Dominion Society, which was deratified only a month after ratification for not disclosing its ties to a similarly named group that had open white supremacists in its membership. Blair, the Canadian Anti-Hate Network has found, has been an active member of multiple fascist online communities, including the neo-Nazi forum Iron March, and the right-wing extremist server Canadian Super Players Club. 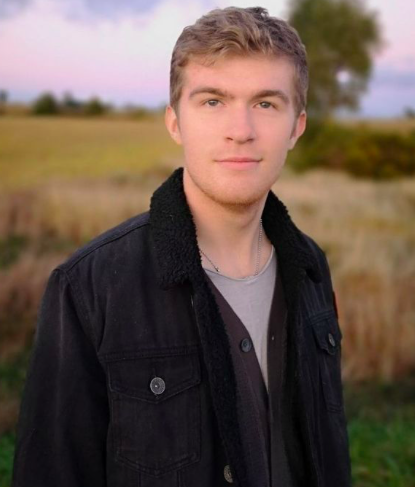 President-elect Richard Carmichael was at the centre of a campus politics controversy last summer (2019), when he attempted to start a student group called the MacDonald Society, which claimed to focus on and celebrate Canadian culture.

In a June meeting of the McMaster University Student Representative Assembly, members discussed the potential ratification of the MacDonald Society, highlighting concerns brought forth regarding the club's potential associations with another group outside the university known to espouse and support white supremacist rhetoric -- later revealed to be The MacDonald Cultural and Historical Society (MCHS). The ratification was postponed and a series of questions were provided to Carmichael, seeking clarification.

One month later, in response to the SRA's questions, Carmichael agreed to change the club's name to the Dominion Society, and he unequivocally denied any connection with "any external groups or clubs. Especially extremist groups."

At the July 21 SRA meeting, concerns were reiterated that the Dominion Society (formerly The MacDonald Society) shared overlap with the MacDonald Cultural and Historical Society, whose membership is overtly white supremacist on social media.

Ultimately, the Dominion Society was ratified.

On July 23, 2019, an antifascist researcher revealed on Twitter the nature of Carmichael's relationship with the MCHS, as well as the nature of the MCHS itself.​​​​​​​ 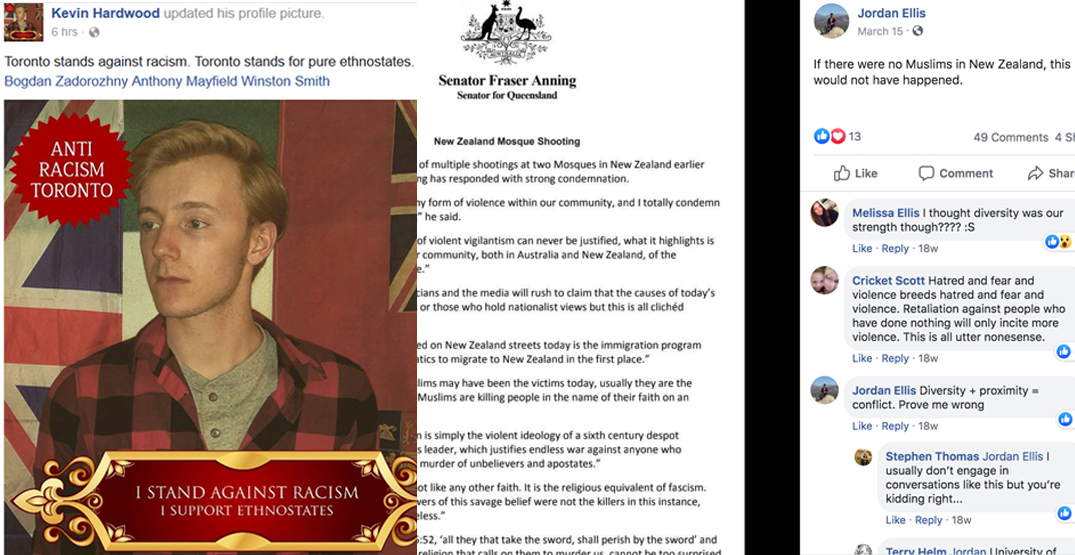 According to the thread, Carmichael had attended multiple MacDonald Cultural and Historical Society events. Additionally, it showed that despite its name on social media, all branded materials of the MCHS -  including pins, banners, and flags - refer to the group as simply "The MacDonald Society."

In response to the thread, on July 24th, McMaster Student Union president Josh Marando issued a statement calling for the SRA to immediately revoke the Dominion Society's club privileges and convene an emergency meeting to discuss deratifying the group, based on its misrepresentation of outside affiliations.

On August 13th, the SRA convened that emergency meeting and unanimously voted to deratify the Dominion Society "for misrepresentation of important information to the SRA during the club ratification process." In an email to CBC News responding to the deratification of the Dominion Society, Carmichael wrote, "Being conflated with 'hatred' or 'white supremacy' illustrates the widespread and problematic ignorance of Canadian history on campus, and indeed proves the need to have an apolitical cultural organization like ours not just on McMaster campus, but on every campus in Canada."

In addition to being President of the McMaster Conservatives, Carmichael writes for The Canadian Journal -- a reactionary blog that promotes nationalism in Canada -- where he argued that nationalism and a "sober social conservative" are necessary in "order to keep existing Conservatives under the tent."

When asked for comment Carmichael said, "White supremacy is evil and has nothing to do with an apolitical cultural club which was founded and ratified with over half of the membership being visible ethnic minorities."

He added that the claims are "laughable" and indicative of the "widespread prejudice that exists towards Canadian history." 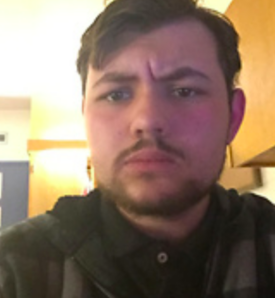 The second executive member of concern is a third-year history student named Tyler Blair, who was named to the role of Director of Public Relations for the McMaster Conservatives for the second year in a row.

Under the username VittorioGiurifiglio, Blair has been an active member of multiple fascist online communities, including the neo-Nazi forum Iron March, and the right-wing extremist Discord chat server Canadian Super Players Club, Canadian Anti-Hate Network has found. In the CSP chat alone, Blair posted over 11,000 times in the server's short existence of just over a year.

In June 2017, leaked metadata from Iron March shows that Blair accessed the forum from a Halton Catholic District School Board IP address, a 17-year-old Blair described his ideological journey: "Since I was twelve, however, I adopted Non-Racialist Fascism and then midway through high school I developed racialist tendencies and became what I hope I can describe myself as an orthodox Fascist."

An old username on the gaming platform Steam corroborates Blair's early descent into extremist ideologies: at 13-years-old, he referred to himself as "Tyler the Fascist Italian."

Also on Iron March, Blair advocated that "practicing sodomites"  be subject to "Extreme punishment which quite possibly includes death for they can not be allowed to spread their degeneracy, not in their homes, nor in public."

In the CSP server, Blair continued his ultraviolent fantasies. Several members of the CSP attended the white supremacist rally in Charlottesville, NC, while those who remained in Canada viewed live streams and discussed the events.

At 2:06 PM, shortly after news broke of a white supremacist plowing his car through a crowd of counter-protestors, Blair wrote "I hope people die." Just over two hours later, Charlottesville police announced that one person (later identified as antifascist activist Heather Heyer) had been killed, and 19 other injured in the attack.

In addition to sitting on the executive of the McMaster Conservatives, Blair is also a "leader" In the McMaster Catholic Students Association.

The election of Tyler Blair and Richard Carmichael to the McMaster Conservatives executive team is not the first encroachment of white supremacy into campus Conservative groups in Hamilton. In 2018, Hamilton city councillor and then-candidate (now incumbent) for the Flamborough-Glanbrook Provincial Parliament seat, Donna Skelly, faced backlash for appearing to promote the Alex Van Hamme's Free Bird Media, a YouTube channel which promotes far-right figures such as James Sears and Paul Fromm, at the December 23, 2017, "Hamilton Conservative Christmas Formal."

In public, the event was promoted as organized and hosted by members of Mohawk Conservatives and McMaster Campus Conservatives. In private, a member of the CSP server provided further details.

"I know a few fellas went to the (((PC YOUTH CHRISTMAS PARTY))) and it was as shit as I expected. So my guys in Hamilton from Mohawk and McMaster, who are literally on board with us, are hosting our own party out of a 4 star hotel in the city on December 23rd... This one isn't official party business so it will be a lot more implicit and a lot more fun as yours truly is one of the organizers, but don't be overtly fash as a few normies and subversives are bound to trickle in."

Five months later, in response to local news coverage of the event, the McMaster University Conservatives Twitter account issued a statement alleging that the group had nothing to do with the event. In May 2019, the same account retweeted alt-right conspiracy theorist Paul Joseph Watson. The account has also tweeted sexist harassment at multiple women.

Elsewhere in the CSP server, the same user who promoted the Hamilton Conservative Christmas Formal, wrote about another Discord server: "This is a good chance for me to infiltrate. Like I did with the (((Tories)))."

After publication, Blair responded to our request for comment with a statement saying he wanted to take the “opportunity to denounce my ridiculous, backwards and hateful views.” Adding that, “As a Catholic, I have come to understand that we are all God's children, whether you are white, black, asian, Jewish, or, as Pope Francis has pointed out this week, homosexual or straight.”

“I hope any white supremacist reading this can understand that it's not too late to give up hate and embrace love."

Questions have been asked on follow up about if there had been an apology or restitution made with the impacted communities, and we will update accordingly.