A Stormfront User Is Writing Policy For The Alberta Independence Party 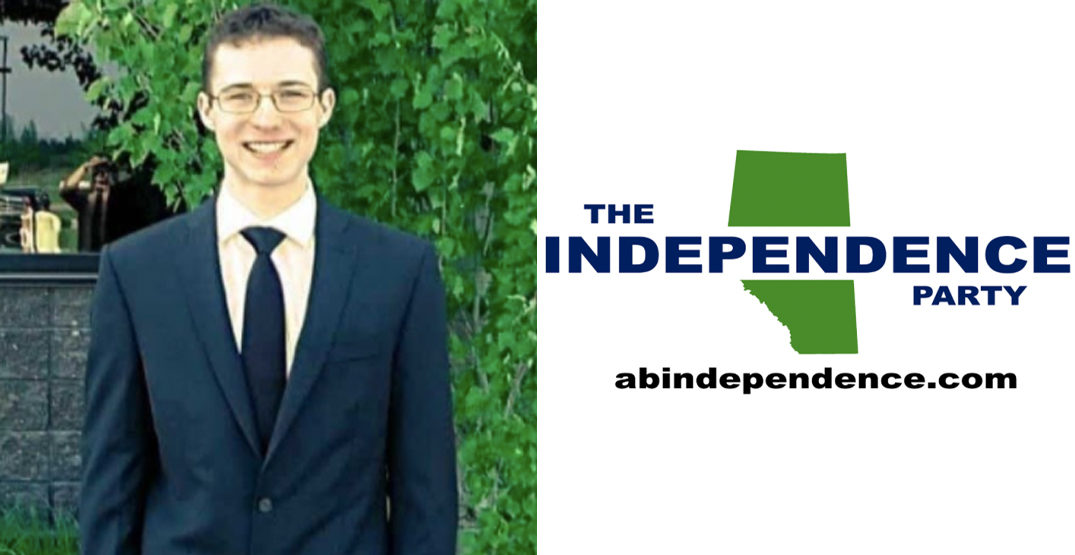 After our investigation revealed the identities of the founders of the Alberta Separatist Youth League, we discovered that co-founder Eli Weisberg is a board member of another registered provincial political party in Alberta.

The Canadian Anti-Hate Network has identified Weisberg as the same individual who took to the overtly neo-Nazi message board Stormfront to recruit for the ASYL, while also advocating for policies of eugenics on "race traitors.”

According to its platform, the policy of the party includes what it calls the “lowest tax structure of any jurisdiction in North America,” the elimination of GST and carbon taxes, and a four-year transition into an independent Alberta. Officially registered in February 2019 by Dave Bjorkman, it ran 46 MLA candidates. According to its official social media, the IPA began setting up new constituency associations as recently as April.

CAHN has reached out to IPA and Weisberg for comment and will update accordingly.

A previous investigation found that Weisberg, aka Ernest Aberklien, began posting on Stormfront under “OfOneHeart” in 2017. He studied engineering at Lakehead University in Thunder Bay, before returning to Alberta.

Weisberg described his group ASYL as “young politicians” in a recruitment post.

We need your help to keep investigating the stories that matter: antihate.ca/donate.

The organization’s membership primarily comes from Edmonton and the surrounding areas of Stettler and Red Deer. At least two of the founding members have established themselves within fringe political parties; Sam Bell was initially with Wexit Alberta before being selected for the board of the recently formed Wildrose Independence Party of Alberta (a merger of Wexit Alberta and the Freedom Conservative Party of Alberta). Weisberg helped found the Alberta Advantage Party and served as its secretary.

While in school, he had the opportunity to sit on the executive boards of multiple parties, according to his posts on Stormfront. In 2018, Weisberg wrote that this political action was not enough to satisfy his “moral needs,” and he began organizing with friends. Weisberg was still active on Stormfront while he was co-founding the Alberta Advantage Party in 2019, serving as party secretary.

In one Facebook post on the economy, Weisberg commented, “Accelerationists need to be patient. Our provincial and federal governments are working diligently to destroy our economy. Have a little faith in their incompetence.” Accelerationism is a philosophy that promotes the acceleration of societal collapse. In the case of neo-Nazis, they hope it will provide them the opportunity to seize power and implement a white ethnostate.

Never one to hedge his support for national socialism, Weisberg’s introduction post on Stormfront in 2017 contained his glowing endorsement of life in Nazi Germany.

“In every account of life in Nazi Germany, a link was always made to the holocaust, or the Gestapo showing up to arrest ‘innocent’ people,” the post reads. “Life appeared to be a perfect utopia: A nation with one heart, moving in the same step, yet free to conduct business, live as they wished, with more rights than in any democratic nation today. If you were a moral citizen, you had absolute freedom. As I looked a little deeper, I realized that the only people being arrested by the Gestapo were communists and traitors.”

Weisberg continues, peppering his post with the echoes to refer to Jewish people, “The world economy must remain weak, indebted, and poor in order for (((them))) to be fiscally secure. (((Their))) profits are based on our dependence on (((them))).”

“The disease of the mind was still there, untreated. It had already migrated to the ‘traitors.’ I know it may seem like a long shot, but I believe with science and technology (neuro-reformatting, gene therapy, cognitive behavioural therapy, etc), the ‘Great Disease of the Heart and Mind’ can be cured. Forever.”

Weisberg attempts to find others to discuss applications of therapy and drugs to the “diseased minds of other races and race traitors ... 1. Significant modification to ethic thought processes must be carried out or 2. The non-white brain must be altered in order to gain the capability to think correctly.”