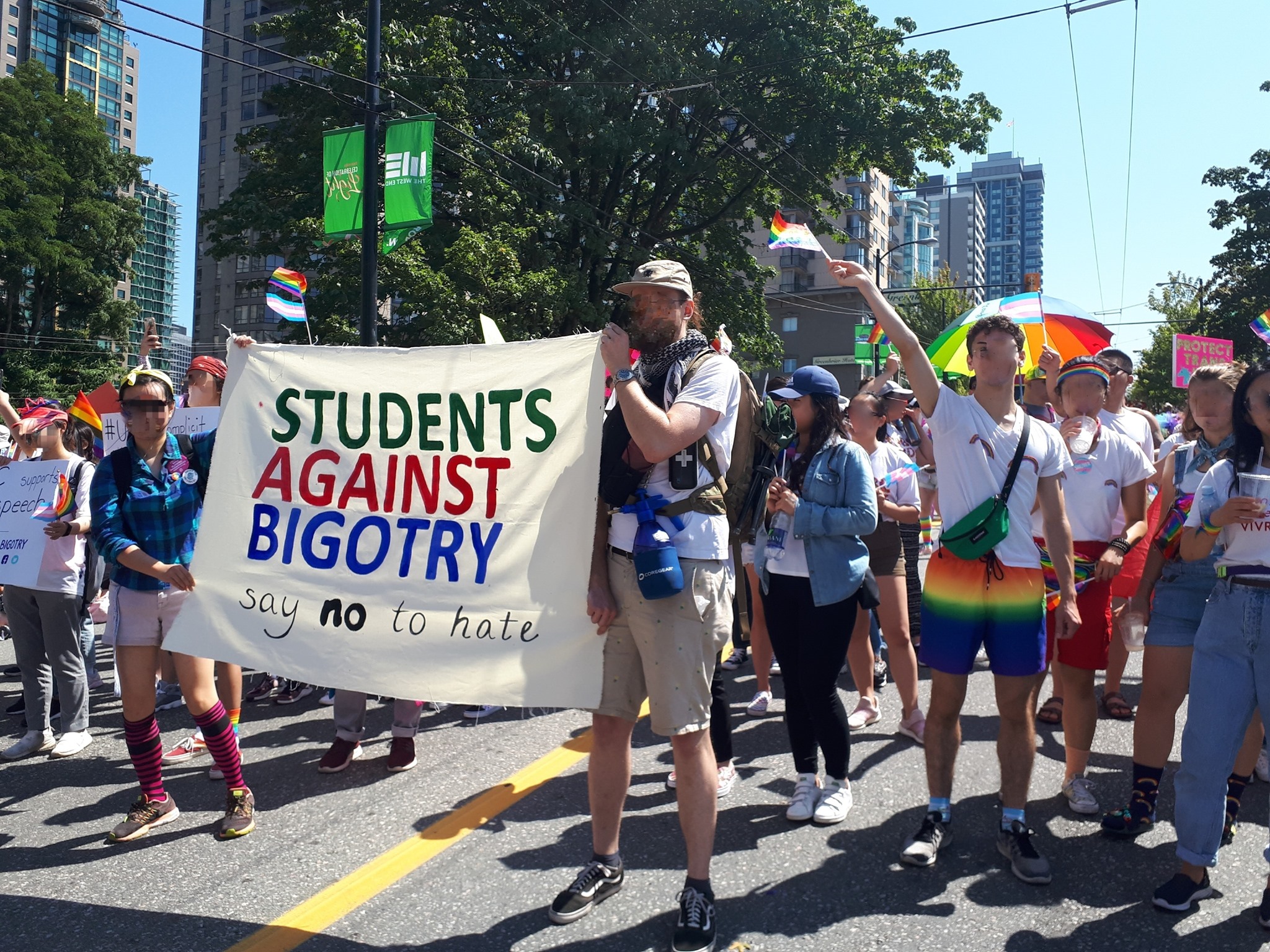 Michael Korenberg, chair of the UBC board of governors, has resigned after his proclivity to like content by far-right figures was exposed by the UBC Students Against Bigotry.

The University of British Columbia has been a flashpoint in the growing movement to confront institutional white supremacy and the normalization of far-right hate speech. UBC stands out in that its administration has been particularly permissive of so-called free speech clubs inviting far-right activists and propagandists over the last five years, despite legal obligations not to do so and objections from students and faculty.

Korenberg has a history of following and liking multiple accounts that circulate hate and division across multiple platforms, including liking a tweet by Dinesh D’Souza comparing Black Lives Matter to Hitler's paramilitary, Ann Coulter blaming the “Antifa and BLM ideology” for “the destruction of businesses we’re witnessing across the US,” and following a veritable all star cast of far-right voices like Tucker Carlson, Sean Hannity, Charlie Kirk, and Brit Hume. He also likes Students for Trump and Turning Point USA, and showed up to a UBC Board of Governors meeting in a MAGA hat — which has come to be recognized by many as a hate symbol. In an interview with The Ubyssey, Korenberg says he supports the Black Lives Matter movement and that he “wasn’t actually familiar with the fact that people can look at my Twitter account, so I do regret that.” He argued he was liking tweets to save them to read later.

Maia Wallace from the UBC Black Student Union tells CityNews1130 that the resignation is a good first step but wants more action: “We want foundational change. Lip service only goes a certain way and I think it comes down to integrating Black people into policies and minorities into positions of power so that we can make decisions that benefit all of us.”

Your support pays for stories like this one. Help out at antihate.ca/donate.

UBC Students Against Bigotry, which exposed Korenberg’s social media activity, was formed a year-and-a-half ago in response to a number of hateful and discriminatory incidents on the campus. "Michael Korenberg is just the tip of a very large iceberg at UBC,” they say. “He is only the most obvious example of the colonialism, white supremacy, and anti-Blackness that are rooted in the very core of this university.”

Students Against Bigotry have compiled a timeline of hate incidents at UBC that documents the bad-faith decisions that allowed numerous racist, transphobic, misogynistic, and Islamophobic speakers a platform at the school, and exposes the access to the administration enjoyed by the so-called free speech groups. The Free Speech Club and their splinter group Students for Freedom of Expression have hosted such luminaries of the far-right as Lauren Southern, Jordan Peterson, Ben Shapiro, Ricardo Duchesne, Meghan Murphy, Jenn Smith, and attempted but ultimately failed to host Stefan Molyneux and Andy Ngo.

Many of these new campus free speech groups and their audiences are hypocrites; they argue for unlimited or near unlimited free expression rights for far-right personalities, but against free expression rights for leftists, anti-racists, and anti-fascists. Their audience calls for BLM protestors to be arrested for blocking roads as part of their demonstrations, and wants anti-fascists to be designated as terrorists by the government. The Free Speech Club asked the RCMP to investigate and lay charges against another student for organizing demonstrations against them and went to the UBC administration in the hopes that the school would punish the organizer.

According to UBC policy, the university “reserves the right to ensure that any use of Bookable Space does not compromise UBC’s or the UBC community’s activities, as well as the safety and security of persons and facilities.” However, they are not applying this policy to hateful speakers. Vancouver Pride banned UBC from attending the parade in 2019 after the school played host to a number of anti-trans activists.

UBC has a responsibility under administrative law to balance Charter interests, in this case freedom of expression and equality in accessing services. The Supreme Court has been clear that hate speech, the kind issued by these far-right propagandists, is low value speech that will be easily outweighed by other Charter interests. UBC may well be vulnerable to legal challenges by students who belong to groups targeted by these speakers.

Of course, the debate around the limits to free expression is nothing new. In a piece in the Ubyssey by Helen Zhou, we're reminded that we had the same debates about racial slurs 40 years ago. This most recent iteration of the campus free speech movement is rooted in toxic white fragility and a backlash to changing social norms. Freedom of expression is not threatened by leftists and anti-racists, but by the far-right, some of whom in the alt-right neo-Nazi movement have acknowledged they are using the term hypocritically and, if they take power, would censor their opponents (and much worse). They try to use free speech arguments to shield themselves from the social consequences of hate speech and influence mainstream discourse.

Students, staff, and faculty were active in their efforts to alert the administration to the dangers presented by these speakers. Students Against Bigotry believe the discovery of “MAGA Mike” Korenberg's affiliations is a window into why this white nationalist, misogynistic activity was allowed to take place under the guise of free speech. "We have lost all faith in the supposed leadership of this university to take meaningful action,” says SAB. “Time and time again, they have shown themselves unwilling or unable to do so. It has become clear that it will always be up to members of our community to join together and get the job done."