Here's how, and what journalists should do in the meantime 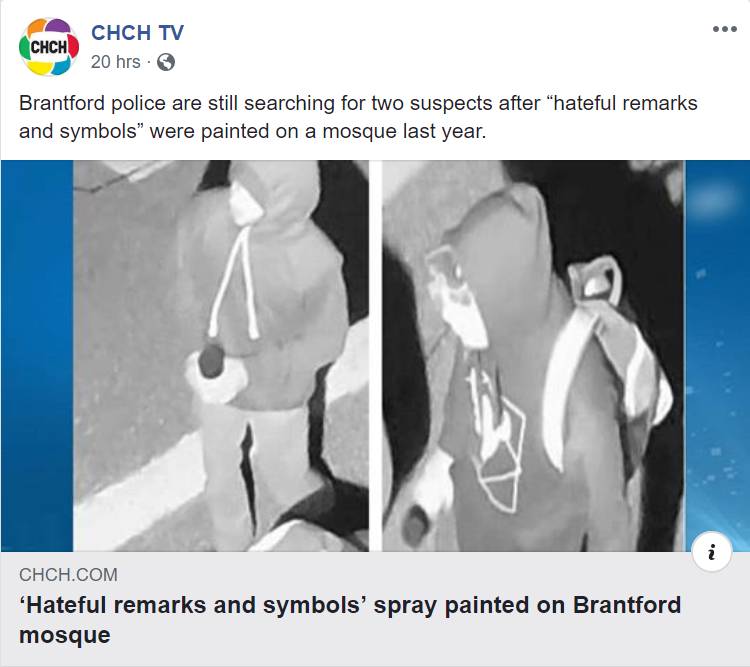 Source: Facebook. Jan 23, 2019.
New police-reported hate crime statistics will be released on Monday.
It's bad data with several methodological flaws.
We are calling on the government and Statistics Canada to expand upon, oversample, and repeat the General Social Survey portion on victimization every year. Right now it's repeated every 5 years.
In short, this survey asks Canadians if they've been the victim of a hate crime and takes a believe-the-victims approach, unlike the police-reported data. This would be a relatively quick and effective change to make, and would be useful data for annual comparison.
Every year the police-reported data is mismanaged by our media. So we're reaching out to journalists with five things they need to know to report on it better.
1. This is not a measurement of the state of hate in Canada. It isn't even an accurate measurement of the number of hate crimes. At best this data hints at trends. That being said, it's the only data we get annually, and suggests the state of hate is getting worse; we should believe communities targeted by hate when they say it's getting worse.
2. The real number is actually 20 to 100 times higher, according to other StatsCan data.
3. Some groups are more underrepresented in this data than others. You cannot use these numbers to accurately compare between groups.
4. This only shows the numbers the police report forward, cases they deem founded, not the number of complaints and it often won't include cases the police couldn't or didn't pursue. Police solve rates for hate crimes, especially with an online component, are lower than other kinds of crimes.
5. Have questions or want more details? Email media@antihate.ca. PhD candidate Sabreena Ghaffar-Siddiqui is an expert on why some groups are underrepresented and why victims don't always come forward. Dr. Barbara Perry is the best resource to understand how police collect hate crime data, and the problems therein.
Read more:
https://www.antihate.ca/police_reported_hate_crimes_increase
https://www.canadalandshow.com/podcast/canada-is-not-racist-according-to-the-stats/