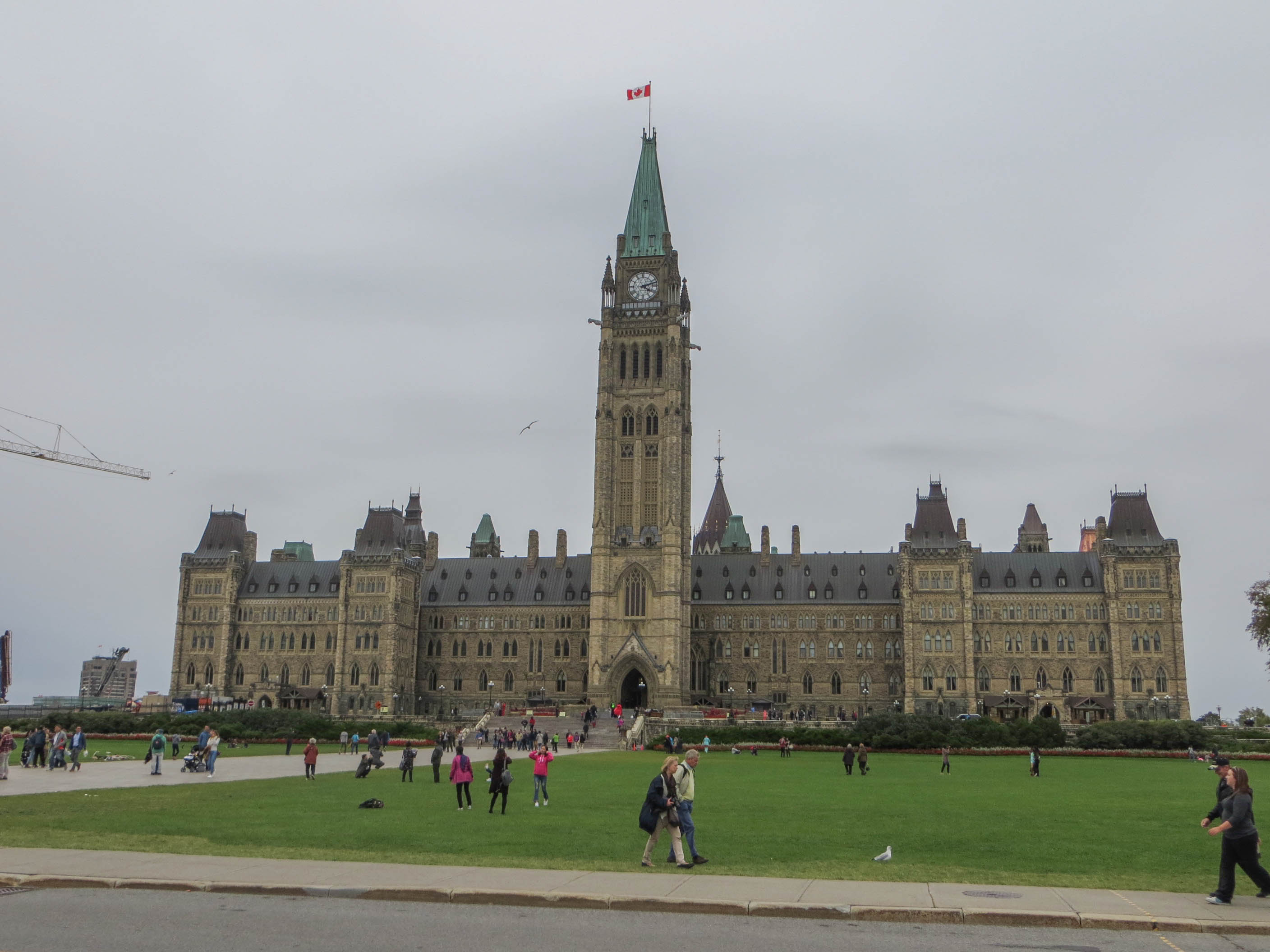 While planning for the rally began shortly after the 2019 election, there are numerous event pages on social media, making it difficult to predict what, exactly, is going to happen. That said, far-right organizers have never hit their ambitious turnout projections. They say they will have thousands, but less than a few hundred is much more likely. We have compiled together who is going, who is speaking, and their talk of violence.

Events have been created on Facebook with names like Unity - Rally For Human Rights And Liberty, Ottawa Freedom Rally on Canada Day, however the CDN Coalition For Liberty - “I’ll Meet You On The Hill” event is the largest we could find, with over 1000 people having clicked that they’re attending. The event organizer’s page displays the red ensign flag prominently; a common dog-whistle calling for the return to the days when Canada was mostly white.

Attendees claim to be fighting against tyranny, globalism, marxism and communism, buzzwords with antisemitic origins, and are calling for the removal or execution of Trudeau and the Liberal Party. They are also suggesting laying hands on journalists, which is a new development.

Maxime Bernier and the People’s Party of Canada are seemingly stealing the event away from the original organizers, prompting arguments between former PPC candidate Mark Friesen and other far-right organizers who believe that Bernier will distract from their grassroots anti-government message.

“I certainly hope this isn't a platform for the PPC...Hardly makes it about the people for the people then does it ??,” writes Sylvia Holowach.

Lottie Fraser says, “How wiil [sic] we get them to leave and who wsnts [sic] to listen to bernier, another crooked politician?”

The People’s Party of Canada is promoting the event on their website. In a now-deleted tweet, Bernier wrote: “Looking forward to seeing you too in Ottawa on Canada Day! Let’s take back our freedoms!” The tweet included a link to Friesen’s Forum for Canadian Sovereignty website. FFCS combines anti-lockdown rhetoric (“I refuse to live under a regime which bans hugs!”) and generalized far-right populist messaging (“Tyranny or freedom”). Friesen has promoted individuals like white supremacist vlogger Stefan Molyneux, and tweeted a racist cartoon aimed at NDP leader Jagmeet Singh during the 2019 election. It’s unclear whether Bernier will speak at the rally.

The Three Percenters are encouraging their members to attend, calling for people to “enlist now and smash Trudeau’s fascists” on their Facebook pages.

The Ontario regulars are coming, like Ed Jamnisek of the Northern Guard and Lily, who last year were under investigation for harassing the Al-Soufi family. Ron Banerjee of Rise Canada and Pegida, who last year was forced by the courts to apologize to entrepreneur and philanthropist Mohamad Fakih for anti-Muslim statements, is reportedly attending, as is vlogger Derek Storie. Storie has interviewed neo-Nazi Paul Fromm along with Ed Jamnisek.

Conspiracy vlogger Dan Dicks, who most recently has been disrupting Black Lives Matter demonstrations in Vancouver, will also be making an appearance.

On June 27th, Mark Friesen posted “Sounds like at least a thousand are coming from Quebec.”

Far-right vlogger Rick Boswick is reportedly speaking at the event. Boswick has been present at numerous far-right actions in Hamilton, including 2019 Pride, at which several people were violently attacked by the far-right. He and Lily were instrumental in instigating the harassment campaign against the Al-Soufi family, frequently sharing the address and contact information of the family restaurant.

Kevin Johnston is reported to be speaking. Johnston is a well-known anti-Muslim activist on social media, and last year was ordered to pay $2.5 million to Mohamad Fakih for defamation. In the court decision, Ontario Superior Court justice Jane Ferguson declared Johnston’s actions were “hate speech at its worst.” He has been in and out of jail, and is still facing hate charges.

Some attendees are threatening violence

On a post about the upcoming rally, Stephen Rogerson posted “Picking 2 to take to Ottawa,” with a picture of a bottle of alcohol, marijuana, a telescoping baton, and a knuckle duster.

Rick Boswick shared a post about a citizen's arrest of an OPP officer, said “I think this tactic is in order for the wanted terrorists from the Eaton center riot. Let us see on July 1.” In the summer of 2019 Rick Boswick and members of various hate groups, including members of the neo-Nazi Canadian Nationalist Party, engaged in a brawl in Toronto’s Eaton Centre after a Pegida rally. Footage from Boswick shows that the far-right planned the fight in the Eaton Centre. Boswick has been re-posting his footage from that brawl, riling up his supporters.

Kelly Elizabeth wrote on Facebook, “Several of the groups coming are fully prepared for ANTIFA...And they have a few tricks up their sleeve.”

On the Canadian Revolution Facebook page, which has over 31,000 members, Chris Gamble wrote, “it may help a lot if everyone showed up carrying nooses.” A page admin, Miranda Remillard, responds, “have something they can show up carrying that’s better than nooses Stay tuned for that…”

Some attendees are looking to motorcycle clubs to defend them against any opposition. Kathy Paquette asked, “Anyone....do we have anything to fear with ANTIFA showing up? Do we have any Hells Angels or others? Not just cops to protect us?” Lorraine Armstrong replies, “There will be bikers in attendance. Not sure how many, but a couple of clubs I think. No, not just cops.”

On a post about the rally on the Canadian Revolution page Denny Driver suggests that people “be on the lookout for Antifa paid terrorists slipping into the crowds to use the protests as cover to start riots and cause mayhem.” Kelly Pengelly responds, “identify, confront, take down as a fellow Canadian, detain, de escalate, peacefully or combat, citizen [sic] arrest one of these fuckers. Cable tie kit with duct tape, pink spray paint, and rope and tags sus [sic] them and leave them laying for the police to pick up.”

Members of the media should also be on the lookout for attempts to disrupt their work or forcibly eject them from the event, as Rick Boswick has suggested. While there’s always been a very strong anti-media sentiment among the far-right in Canada, talking about laying hands on them is a new and concerning development.

Mindy Thomas wrote on Facebook, “Block their cameras with signs just like antifa does to us!! #defundthecbc.”

Many attendees are upset with the idea of the media being present simply for the fact that they feel they won’t cover Bernier’s attendance favourably. Valerie Leidal writes, “Absolutely mainstream media will be detrimental to Max, it is fake news, not real news, boot them out of the event, in fact do not allow them in! It is a free country after all, isn’t it, keep the puppets out!”

Not all attendees are upset with the media’s plans to be there. Mark Friesen writes, “I’m actually looking forward to seeing the media there. They can hear us denounce them as the globalist shills they are. Then we can also use their nonsense against them like we usually do.”

Since you've made it this far, please consider making a contribution at antihate.ca/donate so that we can continue our work monitoring supporters and members of organized hate groups in Canada.