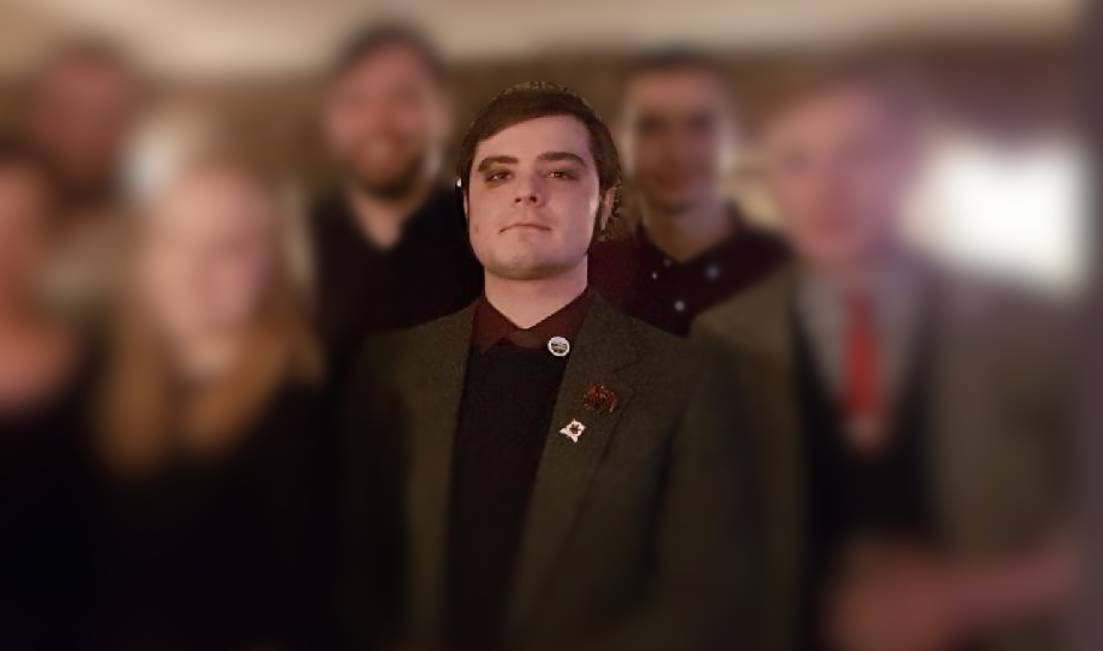 A licenced Toronto paralegal who was once active in Conservative politics has been identified as a neo-Nazi known as "Red Serge," a member of some of the country's most prolific groups of hate mongers.

Everett Ross Field, of Everett Field Paralegal, brags that his legal education allows him to use racial slurs and offend people, and then blackmail them or "fist them up the ass, legally" for money. On his website, he claims one of his areas of practice is "human rights."

We identified Field by comparing biographical details -- including a unique translation of his name -- shared in a white supremacist Discord server and publicly available information about him. The Canadian Anti-Hate Network also used social media accounts to verify Field's identity.

Field posted over 2,600 times under the username "Red Serge" in the Canadian Super Players (CSP) Discord server in under a year, until it was infiltrated by anti-fascists from Montreal. He was also a special guest on an episode of the now-defunct neo-Nazi podcast This Hour Has 88 Minutes.

On 88 Minutes, Field told the hosts that he had met former Prime Minister Stephen Harper multiple times, and assured them that Harper was "red pilled on ethnic issues... specifically voting patterns."

"In terms of demographics, he was a cuckservative," Field told the hosts, "he felt that he couldn't address that issue but from meeting him behind closed doors, he certainly did want to address it."

In the same episode, Field used his legal expertise to "red pill" the hosts on hate speech laws, and lay out the boundaries of "what you can and cannot say." Later in the episode, Field boasted about using his knowledge of the law to his advantage when confronted about his use of hateful language.

“When you work in the legal field like I am, and you want to be as offensive as I am, you can very easily hold people over the fire. I've got a few guys I can basically blackmail with assault charges. Because I said the n-word at a bar and they decided to try and punch me... Well now I get to basically bend them over a barrel, fist them up the ass, legally speaking of course, and all of it translates to money. It's hilarious that I'm doing the opposite of the Jew move. Normally it's like 'oh my god you said n-----,' but I get to say it and then bend them over because of it. Most of these guys have heeb [an insult against Jewish people] last names too. So it's just beautiful, the way I'm twisting the legal system. I anglo'd them...When you out-Jew a Jew.”

He made similar comments in the CSP chat about a Jewish classmate at Mohawk College: "I will troll the shit out of him. I am going to be the anglo bully and he's the Jewish nerd."

This special guest appearance was not Field's first time on 88 Minutes. Six months earlier, he can be heard on the episode "Live from Leafensraum." Leafensraum - a portmanteau of "Leaf," which alt-right individuals use as shorthand to refer to alt-right Canadians, and "lebensraum," which refers to the German Nazis' principle of territorial expansion - was a gathering of nearly 40 Canadian neo-Nazis at a cottage in Algonquin Park, Ontario.

In the Leafensraum episode, he told his fellow attendees that "white taqiyya" - essentially hiding ones involvement with overtly fascist causes and groups - is an important strategy when talking to non-fascists about ethnonationalism, saying that using the phrase "not my people, not my problem" makes you look like a jerk, rather than a Nazi.

Leafensraum took place a month before the deadly neo-Nazi "Unite the Right" rally in Charlottesville, North Carolina, which Zafirov repeatedly plugged over the weekend. Many of the attendees who Everett Field partied and planned with at Leafensraum would cross the border a month later for the white supremacist gathering.

According to his now-deleted LinkedIn profile, Everett Field has been president of both the McMaster Conservatives and the Mohawk College Conservative Club. He used his connections at both schools to help organize the Hamilton Conservative Christmas Formal in 2017. He posted multiple times in the CSP chat inviting his fellow neo-Nazis to attend, and warned them not to act too fascist: "So my guys in Hamilton from Mohawk and McMaster, who are literally on board with us, are hosting our own party... This one isn't official party business so it will be a lot more implicit and a lot more fun as yours truly is one of the organizers...but don't be overtly fash as a few normies and subversives are bound to trickle in."

Field wrote often about his experiences at school. While at Mohawk College in the Paralegal program, Field gleefully messaged the CSP chat about his professor while sitting in her class: "She's bitching about one of our postering campaigns. We did it, boys. I have to contain my glee. So hard not to have a shit eating grin [right now]."

To his fellow white supremacists in the CSP chat, Field wrote that he joined the "Tories" to infiltrate, and to "work within the system change it in my area and so far I've found two other far-right guys." He thought "they would be secretly more right wing behind closed doors but they take their cucking seriously," and complained about them being socially progressive. He described being "forced to swallow my pride and principles and attend events held in the name of [Israel]" as "agonizing."

As a student in the Justice, Political Philosophy, and Law program - the "pre-law" program at McMaster - Field boasted in the chats about his reputation as a "bad goy" for trolling his professors on "multiculturalism and cultural Marxism all the time."

He used slurs in the CSP chat against Black people and Jewish people in his program, and bragged about harassing the Muslim Students Association.

Field also engaged in extreme misogyny and slurs in the CSP chat, describing women as "fucking coal burners" -- a derogatory term for women in interracial relationships. Field also described a Jewish right-wing acquaintance as a "degenerate k---ss," and a woman of colour who allegedly attempted to seduce him as a "fucking degenerate p-----," a racial slur against South Asians.

Field sometimes shared screenshots of text message exchanges with young women he was dating, soliciting advice from his fellow neo-Nazis: "What should I do? Fug her or give her the undertaker?" Another time, he wrote, "If you wear yoga pants, you're going to get raped."

One October night, he posted in the group about being kicked out of a Toronto bar for harassing women there.

Davis and Cook did not respond to requests for comment.

We also requested comment from the Law Society of Ontario, which accredits Field as a paralegal, and this was their response:

“To file a complaint about a lawyer or paralegal in Ontario, please review the complaint process on our website: https://lso.ca/protecting-the-public/complaints

The Canadian Anti Hate Network has made multiple attempts to contact Everett Field before publication.